Robin has her Ph.D. in Clinical Social Work and was a clinician in private practice and a school social worker prior to the birth of her first son in 1987. Following his birth, she gave up her school social work position, but maintained her private practice. When the youngest of her three sons was in nursery school in 1998, all the parents in his class were calling her for ongoing schools advice, as she had successfully gone through the process twice previously. After spending several hours on the phone, one parent said, “You know what, you should do this professionally.” From there her educational consulting practice was born.

Robin has visited all the private schools and most of the public schools to which families in Manhattan apply. She has developed positive working relationships with private school admissions directors and administrators at Hunter College Campus Schools, the Anderson Program, and administrators in the Department of Education. Members of the city council, the media, and insideschools.org contact her for her opinions on education issues and she has been interviewed by Brian Lehrer for his New York City Public Radio Show. She is an advisor to Manhattan Media’s (West Side Spirit and Our Town, among others) Blackboard Awards which honor excellence in education.

Robin consults with numerous private nursery, elementary and middle schools, and individual families looking for nursery through high school placements. She has written several articles about the process of applying to schools and conducts workshops entitled “Life After Nursery School” including workshops on applying to private and public schools, as well as ones on the middle and high school process by request. Robin also maintains an email updating service.

Robin finds it extremely satisfying providing information and support to families to help make the process less daunting. She also loves returning to school settings, and having a chance to tour so many schools and observe best practices. 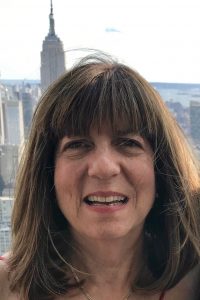 For more information, please contact Robin Aronow at:
robin@schoolsearchnyc.com or 212-316-0186.